Q. What kind of beef is the Ancilla herd?
A. The herd is a mixed breed of Black Angus and Salers.
The Salers (French: race de Salers or La Salers; plural: Les Salers) is a breed of cattle which originated in Cantal in the Massif Central of France.(Wikipedia)
Angus cattle, known as Aberdeen Angus in most parts of the world, are a breed of cattle commonly used in beef production. They were developed from cattle native to the counties of Aberdeenshire and Angus in Scotland.
Angus cattle are naturally polled and solid black or red although the udder may be white. The native color is black, but more recently red colors have emerged. The UK registers both in the same herd book, but in the US they are regarded as two separate breeds – Red Angus and Black Angus. Black Angus is the most common breed of beef cattle in the US, with 324,266 animals registered in 2005. In 2014, the British Cattle Movement Service named Angus the UK’s most popular native beef breed and the second most popular beef breed overall.
The breeds were mixed to produce a smaller calf for a more manageable birth, by the cow.

Q. What is the diet of the cattle?
A. Cattle graze in our pastures that are planted and maintained by our farm directors. Their diet consists of pasture grass until three to six months prior to market. Ancilla Beef & Grain Farm grows its own hay, corn, soybeans, oats, alfalfa and triticale.

Q. Is the beef fresh or frozen?
A. Our beef is taken direct to the processor from our farm and prepared then frozen immediately.

Q. What does “lean” mean?
A. According to the USDA, a 3.5-ounce cooked serving of beef designated as “lean” contains:
4.5 grams or less of saturated fat
Less than 10 grams of total fat
Less than 95 mg of cholesterol
On average, a 3-ounce serving of beef is about 170 calories, and an excellent source of six nutrients (protein, zinc, selenium, niacin, vitamin B6 and vitamin B12), and is a good source of four nutrients (phosphorus, iron, riboflavin and choline).

Q. When can we pick up our order?
A. Order pick-up times have been extended! 9am to 9pm! Walk-in requests remain 9am to 3pm. Monday – Friday, except federal holidays.

Q. What is the shelf life of the canned Holy Cow beef?
A. Generally, three (3) years from the processing date on the can.

Q. What is the shelf life of the frozen beef cuts?
A.  Generally, beef kept frozen in the freezer is good for 12 to 18 months. 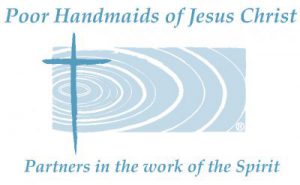